Among the many causes of aging, glycation is an important biological reaction worsened by lifestyle and nutrition habits. Glycation is a major axis to fight against skin aging.

Glycation is a chemical reaction that occurs naturally in our bodies throughout life. It results from the modification of proteins in contact with sugars. The first changes lead to the appearance of early glycated proteins. These first reactions can be prevented or even reversed by active anti-glycation molecules (read: Kolaflavone, an exclusive active ingredient).

But once formed, glycated proteins quickly undergo various chemical reactions to form irreversibly glycated proteins, called AGEs (for Advanced Glycation End products), lose their functions and accumulate in the body. Glycation also alters cellular detoxification mechanisms such as the proteasome, an essential element in the destruction and recycling of all damaged proteins.
In addition, AGEs are resistant to degradation. Once formed in the body, it is almost impossible to eliminate them. However, there are cellular detoxification systems to eliminate AGEs (AGER receptors), but their presence decreases with age in favor of harmful receptors (RAGE) whose activation will cause inflammation and oxidation reactions in cascade.

As time goes by, a vicious circle begins: undegraded and accumulated AGEs in the body will cause the production of more AGEs via the triggering of inflammation and oxidation reactions. The skin, the largest organ of the human body, is particularly affected by the glycation reaction.

Effects of glycation in the skin

Glycation affects all proteins. Glycation of cellular proteins causes a loss of cell function. In the dermis, glycated fibroblasts synthesize less extracellular matrix fibers, and also lose their ability to contract. This makes the dermal network less dense. In the epidermis, keratinocytes are also affected and lose their mobility, which disrupts cell renewal.
Glycation also affects extracellular proteins, causing fibers such as collagen and elastin to crosslink and stiffen, altering the mechanical properties of the dermis and skin, which becomes less supple.
Glycation also causes inflammation and oxidation phenomena that will slow cell renewal and healing, and promote the creation of new AGEs.

Glycation causes skin sagging, stiffening and loss of flexibility of the dermis leading to the appearance of wrinkles. The inflammation and oxidation induced induce healing problems. Finally, a yellowing of the complexion is observed in the glycated skins. All these effects of glycation can be observed in people with diabetes, who show premature skin aging.

What are the causes

Glycation is a natural phenomenon. However it is greatly influenced by our lifestyle. Any behavior causing oxidative stress (sun exposure, smoking for example) will accelerate the natural glycation reaction and increase AGE levels in the body. Nutrition is another key factor in accelerating the formation of AGEs.

Stopping the glycation process as soon as possible and limiting the production of AGE are therefore fundamental issues to preserve the beauty of the skin but also the overall health of the body. 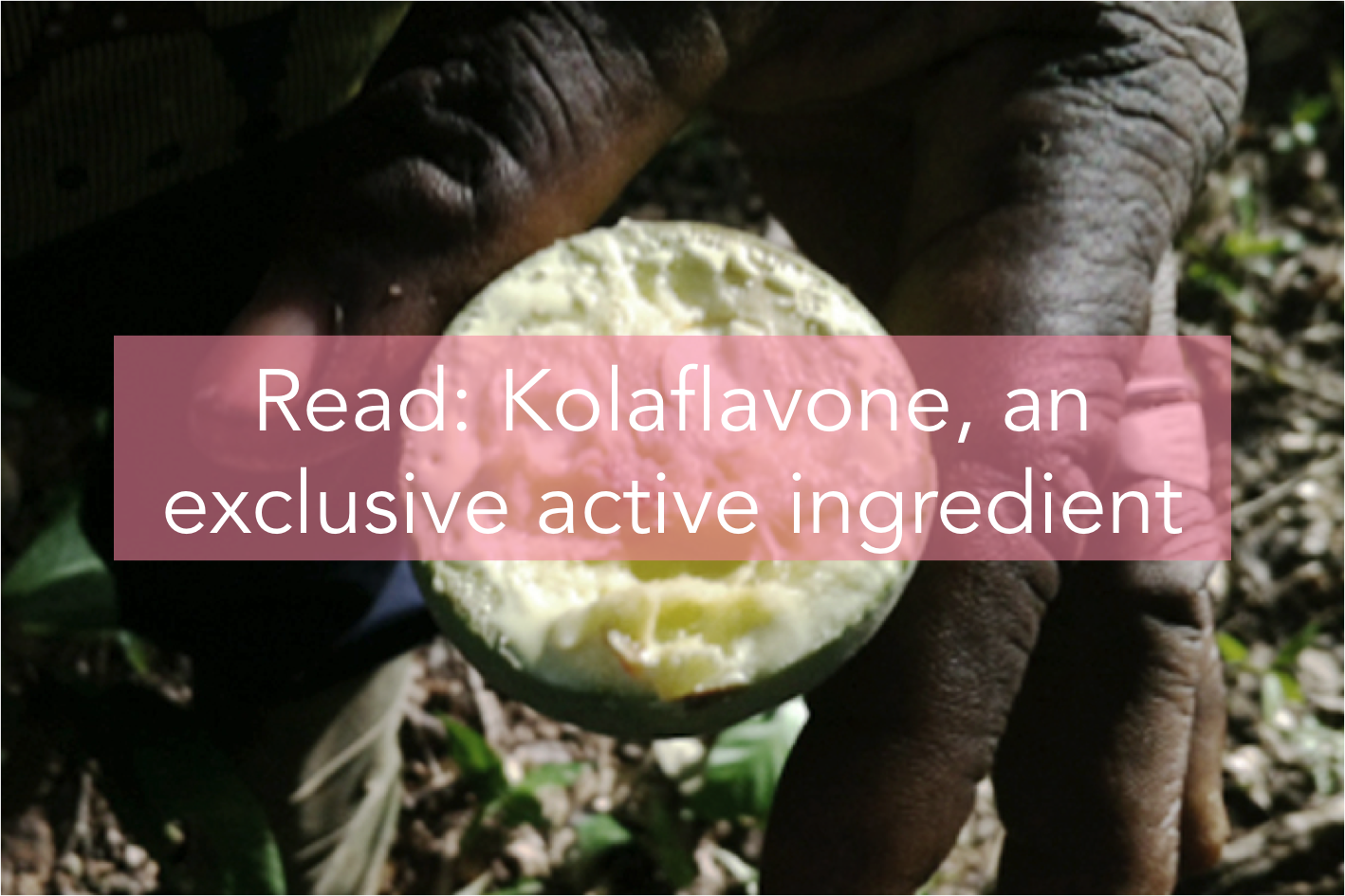 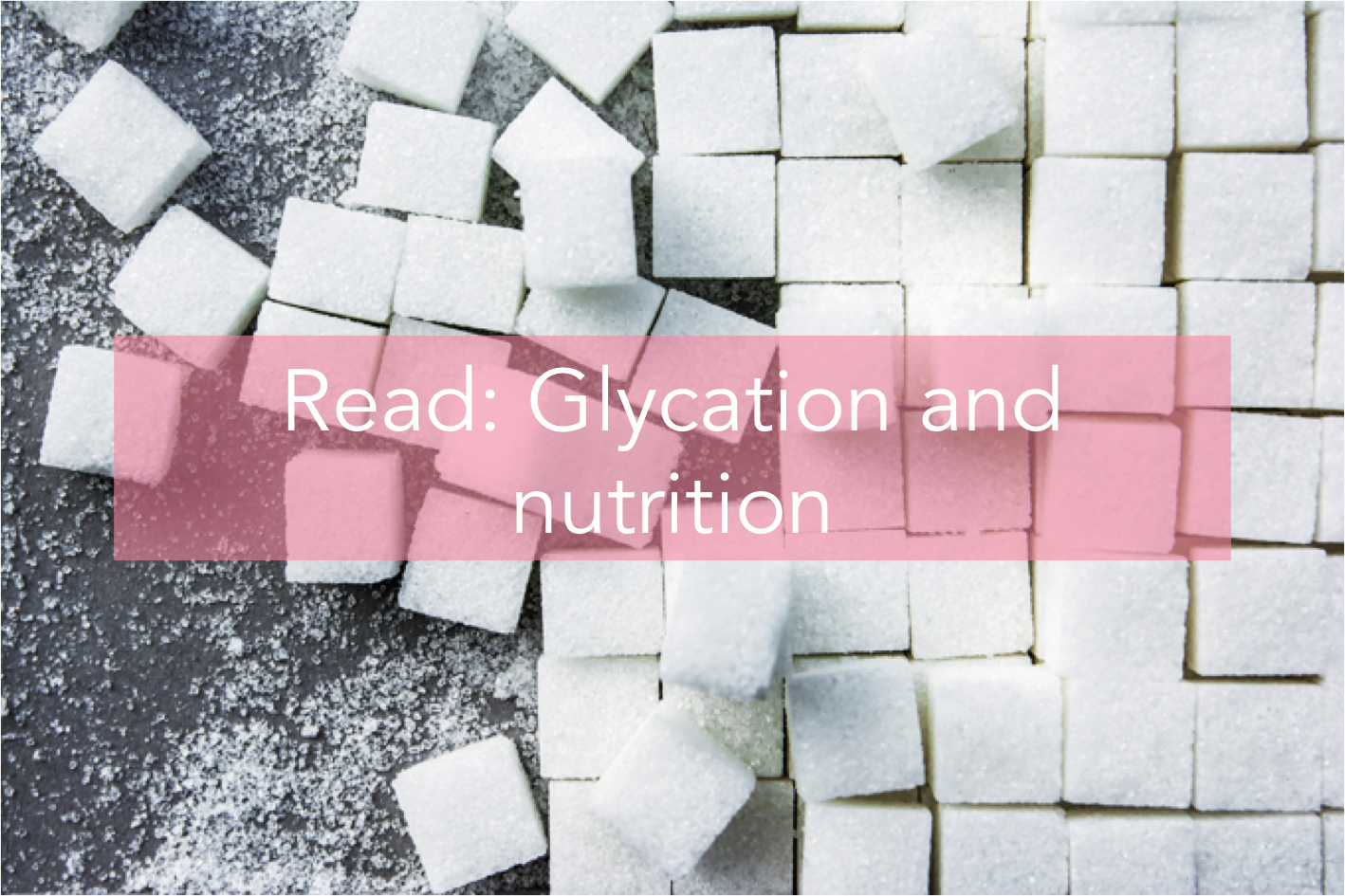